The pricing of Oil products is often a complex and controversial process. According to the U.S. Commodity Futures Trading Commission (CFTC), unlike most products, oil prices are not entirely determined by supply, demand (which is inelastic) and market sentiments towards the product. Rather, supply, demand and sentiments towards future oil contracts; which are traded heavily by speculation, play a dominant role in price determination. This data story focuses on the recent rise in fuel petroleum prices in Kenya and the subsequent effect on the economy .

In Kenya, petroleum retail prices are controlled through price capping by the Energy and Petroleum Regulatory Authority (EPRA) which is reviewed monthly. The computation takes into consideration a cost-plus formula. The Pump price is therefore a summation of the product cost, actual supply chain costs (storage and distribution), margin, levies and taxes.

The five components considered are as outlined:

The table below shows a breakdown of retail pump prices (Nairobi) components for September 2021.

The taxes on petroleum and petroleum products are higher in Kenya compared to other countries in the east African region. The graph below shows the comparison of petroleum taxes in Kenya, Uganda and Tanzania for September, 2021.

Regionally Tanzania has the lowest pump fuel price levels giving motorists a better flexibility on spending compared to their peers in the other East African Community. The country petrol price stood at 1.10 US dollars as of September 2021 and diesel at 1.0 US dollars for the same period. Kenya, a non-landlocked country, with the highest purchasing power parity in the region however has the highest pump prices despite being non landlocked due to higher level of taxes and levies on petrol and petroleum products.

In comparison to the top two Africa’s leading economies (Nigeria and South Africa) trending from January 2021, Kenya and South Africa are at par in terms of super petrol prices that have been steadily rising over the review period.  Nigeria however has significantly lower fuel prices that have also been stable over the review period. This could be explained by the fact that Nigeria is a leading oil producer in Africa.

According to the Kenya Integrated Household Budget Survey (KIHBS) 2015/16, 36.1 % of Kenyans are living below the poverty line; less than 0.68 USD dollars a day for rural areas and less than 0.76 USD dollars a day for urban areas. This has likely worsened based on the findings of the Survey on Socio-Economic Impact of COVID-19 on Households Report conducted by the Kenya National Bureau of Statistics (KNBS) earlier in 2020 which revealed that there was generally a decrease in the number of hours worked across sectors attributable to COVID-19 lockdown measures.

The survey also detailed that of those previously able to pay rent, 30.9% had been unable to pay rent since the month of May. Therefore, in light of the prevailing socio-economic conditions, the imposition of taxes on fuel is likely to increase household financial hardship.

Based on KIHBS 2015/16 those that use kerosene stoves as primary cooking appliances in urban areas across the country account for 29 per cent; and 47.9 per cent in Nairobi. The use of Kerosene was found to be comparatively more common among poorer households. These households will be hardest hit should the upward trend in pump prices of kerosene continue.

Increased fuel prices raise the cost of production which is passed down to final consumers leading to an increase in price of commodities. This makes locally manufactured commodities uncompetitive in the market locally, regionally and internationally hence weakening post covid-19 recovery of businesses and the economy. It will also increase risk of balance of payment because of continued weakening of the Kenya shillings and the rising crude oil prices in the international markets which are expected to reach pre-covid-19 pandemic levels in early 2022.

While the recently rising global oil prices are a factor, policy options adopted by the government in the last 3 months (June-August) have equally exacerbated the effects of increments in pump prices on the pockets of Kenyans. It is unconscionable that during a pandemic the government would adopt policies that would only serve to widen inequality within the country. 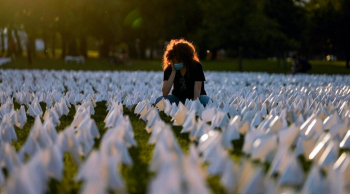 How Was Life Expectancy Across Populous Countries in the World before COVID-19?